How do you spell when, I asked my great-grandma during a my-sister-me-and-Grandma-G slumber party weekend at her daytime-happy nighttime-scary house.

Like the wind that blows, she asked, clarifying by waving her kitchen hands above her graying head, kind grey-blue eyes behind stylish rhinestoned sixties’ cats-eyes.

No, like, when are you coming to get us, I specified, my fat pencil poised over the letter I was writing to my mom, ready to take dictation and effect my plea.

W-h-e-n, Grandma G obliged, as of course she would, her expression remaining steady, no shred of disappointment or relief in evidence there,

knowing full well that pickup was tomorrow, the letter would never arrive, the apple party would be sliced and salted, the shopkeeper scene would be pretended and enacted, the junk drawers meticulously mined for treasure, the steep stairs quickly climbed and slowly descended, the cicada shells pulled from the tree trunk for thrilling prickle-foot inspection, the blanket pallet laid on the carpet floor in front of the tv set, and little girls would fall asleep in front of Johnny Carson’s technicolor curtain before the lights were put out, before the scary streetlight shone in through the windowed front door, before the bedtime story of the little white boy who was raised by Indians could be told for the sixty-first time, and all would be well on Reisner. 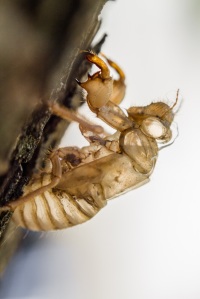 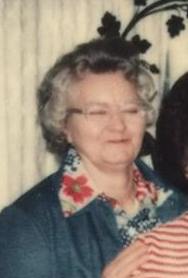 This post is a blend of the A to Z Blog Challenge and NaPoWriMo.  To read other A to Z bloggers, click here. Today’s NaPoWriMo prompt was to write a poem that uses long lines.

One thought on “NaPoWriMo–W is for…”